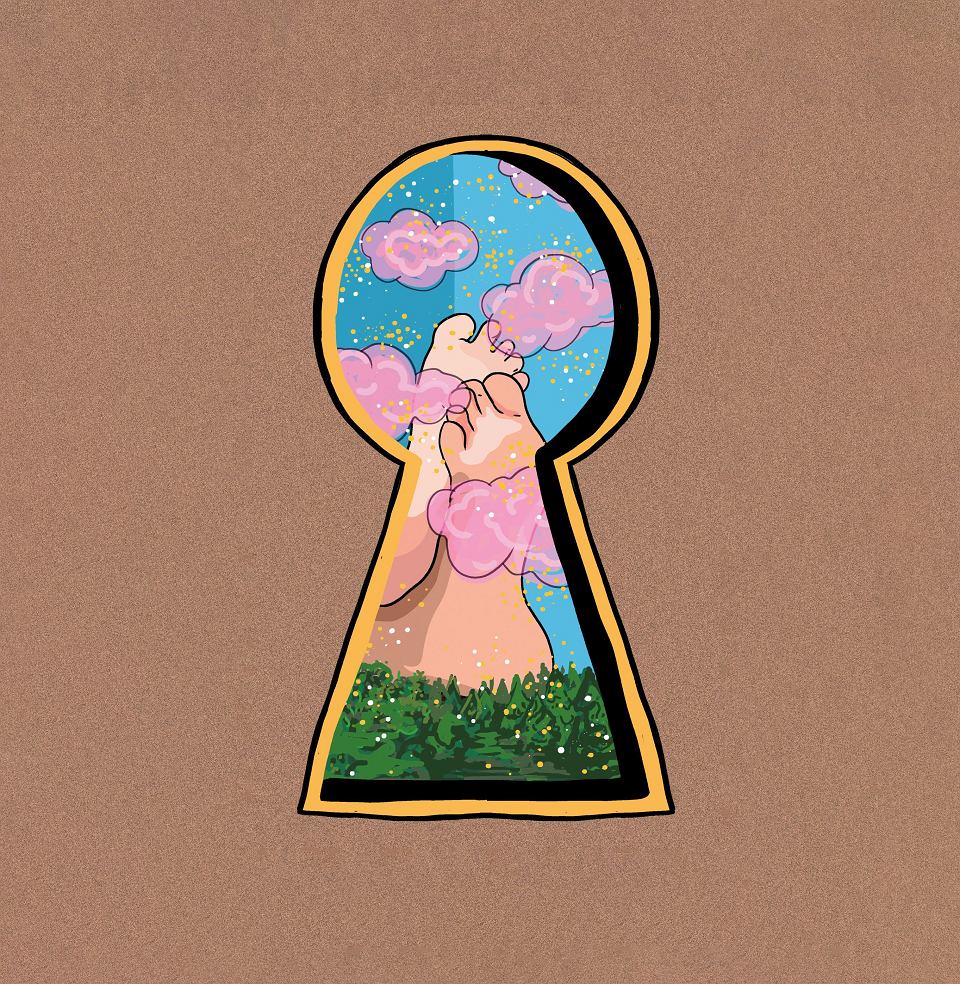 Where do I go when I want to talk to my friend who calls me in tears? Where should I go to concentrate on replying to an important e-mail?
REKLAMA
Ten artykuł czytasz w ramach bezpłatnego limitu

I was about 16 when my parents, my younger brother and I moved from a small apartment in a block of flats to a larger one in an old tenement house in Krakow near Kleparz Market Square. The flat originally consisted of three rooms, a kitchen and a bathroom. However, the largest room was divided by my parents. A wooden partition separated the part that was to become my dad’s room from the part that became my room. Only today, while writing this text, did I realise that my dad’s part was completely dark save for the several centimetre long internal windows at the top of the wooden partition - I was given the tall and wide windows all to myself.

This was my first room.

As an adult woman several years later, together with my husband and our architect, I knew that I wanted my own room when talking about the layout of the rooms in the house we were designing near Krakow.

In the end when we finished the house, after many years of trials and tribulations, I didn’t stick anything on the wall. Instead, we filled it with boxes full of things that we didn’t unpack right away.

Today, I think it had its own symbolism – a woman’s room full of other people’s stuff, things belonging to people she loves, but not her own. A space that was supposed to be mine, but for those few weeks, or maybe even months, was cluttered with common things as if the shared space had invaded the private space.

What is enough for a woman?

When we finally unpacked and removed all the boxes, my room was empty. I would go inside it and squat on the wooden floor under the bare light bulb. Something told me that this step was needed and that the furnishing process should be long and careful; that while choosing a lamp, a bookshelf or a table, I was doing something important in a symbolic, not just material, realm.

When women build a house or choose a rented apartment and consult their partners as to the layout of the rooms, they still often forget about their own room.

How many of our mothers had their own rooms? One in ten? One in fifteen? And what are today’s statistics like? Is it still inaccurate to assume by default that a woman is satisfied with a shared space – she obviously has her own bedroom shared with someone, but apart from that, she lives in the kitchen and dining room? That if there is still a study or an office in the house, it is rather his than hers, although most often they both work?

The lockdown has clearly shown how unhealthy the overlap of work, rest and sleep spaces can be.

Rest? I can hear the ironic echo of female voices, stirring tomato soup with their right hand, and trying to turn off the camera on Zoom with their left hand, all of this while peeking at the biology textbook and trying to remember the structure of a leaf, which the younger son has asked about as part of a system politely referred to as remote education (the name that parents, especially mothers, used for it was  less  polite).

When the American therapist Erving Goffman in the early 1960s created the concept of a total institution, as part of the then booming anti-psychiatric trend, he included barracks and prisons, but also nursing homes and psychiatric hospitals in this category. He considered that one of the characteristic features of such an institution is that work, rest and sleep take place in the same place.

The lockdown was an exercise that has shown to many of us the severity of the overlap of these spaces. Many of us have also realised that regardless of whether we are an extrovert, introvert or ambivert, a separate, personal, uninhabited space is needed by each and every one of us.

If I don’t have my own room – which door should I slam when I have an argument? Where do I go when I want to talk to my friend who calls me in tears? Where should I go when I need to cry myself? Where should I go to concentrate on replying to an important e-mail? Where am I supposed to find a quiet space, not filled with children’s cries, or a partner’s grumbles, free from the daily joyful and irritated exchanges, a space to talk to myself?

I am writing these words in my own room, on an old armchair that I still haven’t replaced. I know that having this room is my privilege resulting from the confluence of various fortunate factors in my life, and not from any personal merit. It is very possible that you were less fortunate.

But let’s negotiate: if it’s hard for you to find your own room today, maybe try a partition wall? A screen? A curtain? At least an armchair facing the window, which is only yours?

And then, in the next apartment – a few meters to myself and no one else, with a door and a handle?

With the intention that if you find your own outdoor space, you will also be more comfortable living in yourself?

“Tenderness and freedom. Let's build balanced relationships” is a campaign run by Kulczyk Foundation along with “Wysokie Obcasy” and “Gazeta Wyborcza Foundation”.

Every day, 400 journalists at Gazeta Wyborcza write verified, fact-checked stories about the coronovirus pandemic for you.