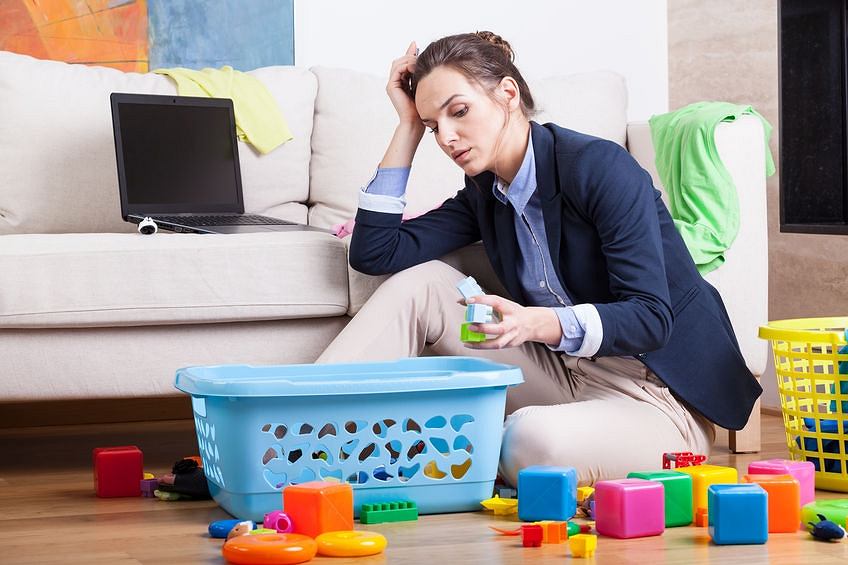 The crisis is mainly affecting women. It is women who are overrepresented in care-related profession and other public-facing occupations which exposes them to infections. Also, they are losing jobs or part of their income and there has been an increase in domestic dutie with the education of their kid now falling on their shoulders.
REKLAMA
Ten artykuł czytasz w ramach bezpłatnego limitu

Prof. Iga Magda?– an economist, lecturer at the Warsaw School of Economics (SGH), Vice-President of the Institute for Cultural Research

The fact that domestic chores have a real value has been talked about for at least a decade. Has the topic been exhausted?

Prof. Iga Magda:?It’s been talked about for more than just the last decade!

Of course not! Actually, it’s hard to say whether we talk about it in Poland. Who does it? Economists, sociologists, journalists. But I think our society is still not convinced that a household chore is actual work.

Then what is it? Cleaning is relaxation?

It is rarely perceived as a work. It is easier to think of chores in the context of valuation if we separate them into two different blocks. The first one is cleaning, washing, cooking or shopping, which are necessary for any household. The other one includes taking care of the children or elderly, which is really an additional full-time job. The chores from the first block can be done by ourselves or outsourced, but the care is more difficult and requires support from the state: co-funding of commercial services, building public services, but also the support from those who, for whatever reason, decide to provide that care by themselves. This is not only a question of civilisation development, investing in public care services pays off.

How is house work valued by economists?

There are various approaches. The most important question is this: is one working hour of a person who cleans, cooks or takes care of an elderly person worth as much as what that person “loses” by not working professionally, or as much as its commercial value, that is the price we pay for dinner in a bar, doing the washing in a laundry, or for a carer. If we deal with a person with low qualifications, potentially low earnings, then these two values are similar. But if we talk for example about an IT specialist, then these amounts will be very different. The differences make it difficult to answer the question about the value of housework.

According to various estimates, household production in European countries is worth 25 to even 60 percent of their GDP, and in the vast majority it is a non-commercial production for one’s own purposes. In Poland, the latest estimates made by Marszałek, PhD, indicated that housework represents 42 to 57 percent of household production. It is important to note that most of that work is carried out by women, which is not reflected in the income.

How big are the differences?

To give an example, data from the year 2000 shows that Polish women aged 25 to 44 spend 1.5 hours more on housework than men, and over 3 hours a day more on childcare, which gives a total of 4.5 hours of unpaid labour. Data from 2010, shows that the gap between men and women is decreasing, but slowly. Women still contribute to 4 hours more on household chores then men even if the former are professionally active.

Intuition suggests that this disproportion might be even larger.

It’s enormous! If we added it up and checked how much time it is per week, month or year, the numbers would be staggering.

Men don’t feel it this way?

Their involvement in housework, including care, is growing, especially among those men who are well educated. The partnership model is gradually gaining more support. In 1997 it was at 37 percent, but seven years ago already at 46. Despite the improvement, men state more rarely than women that partnership in the division of duties is a good idea.

As long as they earn more than women.

Prof. Iga Magda – Not necessarily. In the U.S., there are papers showing that some women, when they start to earn more than their partner, take on more domestic chores.

Because they want to make it up to the man that they broke the social standard, that he lost his position as the main breadwinner.

So, assigning women to do housework is also in our heads.

It’s difficult for people to stray from what they deem as social norms. On the plus side, in Poland, almost 20 percent of households, women earn more than men and yet there is nothing that would indicate that we are taking up more household chores like the US.

But in Poland the share of working women is still lower than the EU average.

The lowest activity rate exists in three groups: women with low education, those living in villages and small towns, and mothers of two small children. Reasons? No kindergartens, crèches, low wages, inflexible working hours, but also the burden of household and care-related duties. This is the reason given by over 75 percent of non-working women to explain why they are occupationally passive. To compare, in Sweden the family duties are the cause of passiveness for only 18 percent of women.

The pandemic may make our homes more egalitarian.

Yes, it may. But I am not too optimistic. As it stands, the crisis is mainly affecting women. It is women who are overrepresented in care-related professions and other public-facing occupations which exposes them to infections.

Also, they are losing jobs or part of their income and there has been an increase in domestic duties with the education of their kids now falling on their shoulders.

But some men will lose their jobs or have downtime. In the end, they will get up from the sofa.

This is the perspective in big cities and thus the share of egalitarian households are growing rapidly. The pandemic may lead us to the next step, maybe we will conclude that our division of duties was unfair, and identify which of us was burdened more. But statistically, I don’t think that the men who are convinced that housework is “the natural duty of women” will suddenly take on a lot more household and care-related duties. In particular the arrangement of the whole home logistics, which tends to be the greatest burden.

How would the economy and society change if men did more at home?

It will let more women enter the labour market, work more hours, compete for a higher position or salary.

From an economic perspective, (once the economy is back on track), this would mean a higher GDP and higher income for households. From the perspective of many women, the fulfilment of their ambitions.

We should also note that even with younger women being better educated than men and are determined to work. They are also hit by the current crisis.

“Tenderness and freedom. Let's build balanced relationships” is a campaign run by Kulczyk Foundation along with “Wysokie Obcasy” and “Gazeta Wyborcza Foundation”.