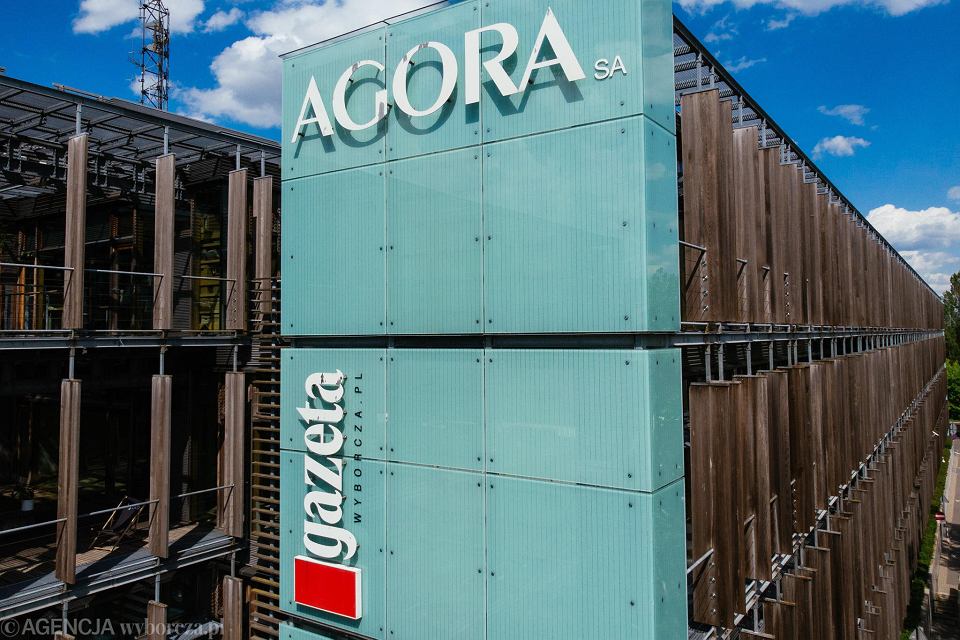 The unprecedented attack on the integrity of "Gazeta Wyborcza" - one of Poland's last bastions of independent journalism - is tragic news for the entire country, but also a bad example for the Polish private sector in times of democratic backsliding and authoritarian consolidation. It is even more saddening to see that this attack comes from the newspaper's very own publisher, Agora.
REKLAMA
Ten artykuł czytasz w ramach bezpłatnego limitu

Fundamental changes in technology and civilization, as well as a growing number of international crises, are changing the prevailing views about the goals and operating models of modern corporations worldwide. Technocratic conglomerates, like General Electric, are crumbling. At the same time, the pantheon of most valued businesses is being filled by brands such as Apple, Tesla, and BioNTech: all of them purpose-driven, focused around charismatic leaders, and able to coalesce their most talented employees, committed stakeholders, and segments of devoted customers around their mission.

In Poland, one of the businesses that had a chance of becoming such a modern, mission-driven company was Agora- the publisher behind "Gazeta Wyborcza". For most readers, until just recently, Agora seemed to be primarily a servant organization to "Gazeta Wyborcza" - the Polish "New York Times", the love-it-or-hate-it standard-setter for journalism based on democratic principles, one of the best-known brands in our country. When, from time to time, Agora's management board was mentioned in public, friends and foes alike assumed that it served as a trusted business advisor to Adam Michnik, Jarosław Kurski, and the newspaper’s other de facto leaders.

However, the one thing preventing Agora from becoming Poland’s Apple or Tesla was its financial results. Even though all mission-driven organizations openly emphasize that fulfilling their mission is their primary goal and profit only a necessary condition, their financial results - somewhat paradoxically – are the main target of their competitors’ envy.

Meanwhile, Agora’s stock market record is almost exclusively a story of a slow bleed out. At the turn of the century, a few months after going public, Agora's stock cost over PLN 100. Today, it’s slightly over PLN 8.

How did it come to this?

The dramatic appeal of "Wyborcza’s" editors-in-chief shows the probable context and reasons behind this process. On its website, the "media group" that has grown on the back of "Gazeta Wyborcza" lists as its first "business segment"... the cinema chain Helios. Adam Michnik - one of the last living leaders of the Central European transformation of 1989, and one of the intellectual fathers of a modern, progressive Poland - is today being set up in the newspaper he founded three decades ago by Bartosz Hojka - a person who owes his wider public recognition almost entirely to the recent letter of "Wyborcza’s" editors-in-chief.

Further details described in the editors' letter add sad facts to the tale of a technocratic behemoth, where the pursuit of incessant "growth" and corporate games obscure the mission and business opportunity for which Agora was founded: to serve the absolutely unique social, civilizational, and pro-democratic project that is "Gazeta Wyborcza".

For those of us who hope to see Poland develop further into an economy based on highly advanced knowledge and innovation, Agora's sluggish, stick-in-the-mud reality as presented in the aforementioned letter is a disappointment similar to the one we experienced a year ago when the mask of a modern, ultra-creative organization fell from CD Projekt. But in this case, the stakes are obviously not mere computer game bugs. With TVN's future still up in the air, a strong and independent "Gazeta Wyborcza" is one of the last safeguards protecting our country from turning into a regime in the likes of Hungary or Turkey - Jarosław Kaczyński's aspirational models.

Both global business trends and our national interest in turning back the tide of democratic backsliding lead to the same conclusion: "Gazeta Wyborcza" does not fit into the group led by Agora's management board. Synergies between a leading, independent daily newspaper and a movie theater chain or billboard company are illusory. The letter of the editor-in-chief shows that there are unbridgeable differences in goals, culture, and values between "Wyborcza’s" editorial team and the corporation’s management. The latter accuse the editorial staff of brinkmanship and the lack of will to find a common ground but fail to understand that a principled, uncompromising attitude has been the very cultural DNA of "Wyborcza" for over three decades.

In management theory, such a situation is a classic reason to split a conglomerate into smaller, more coherent parts. And this is exactly what the heads of "Wyborcza" suggest: their proposal to spin off "Wyborcza" from the group would be sensible and beneficial both for Agora's shareholders and for Poland’s democratic future.

On its website, Agora’s management board emphasizes its social responsibility. Today, the measure of this social responsibility, by no means conflicting with the interests of shareholders, would be the following: mustering the courage to admit that Agora's role as custodian and protector of "Gazeta Wyborcza" has come to an end. The board’s role should have always been understood not only in terms of corporate law requirements but as fulfilling the mandate of social trust of hundreds of thousands of readers and supporters of "Wyborcza". Today, that trust can no longer be regained.

Szymon Gutkowski - managing director and partner at the Warsaw office of a global advertising agency, as well a board member of one of Poland’s biggest foundations.

Maciej Kisilowski - professor of law and strategy and scientific director of the Executive MBA program for top managers at the Central European University in Vienna.