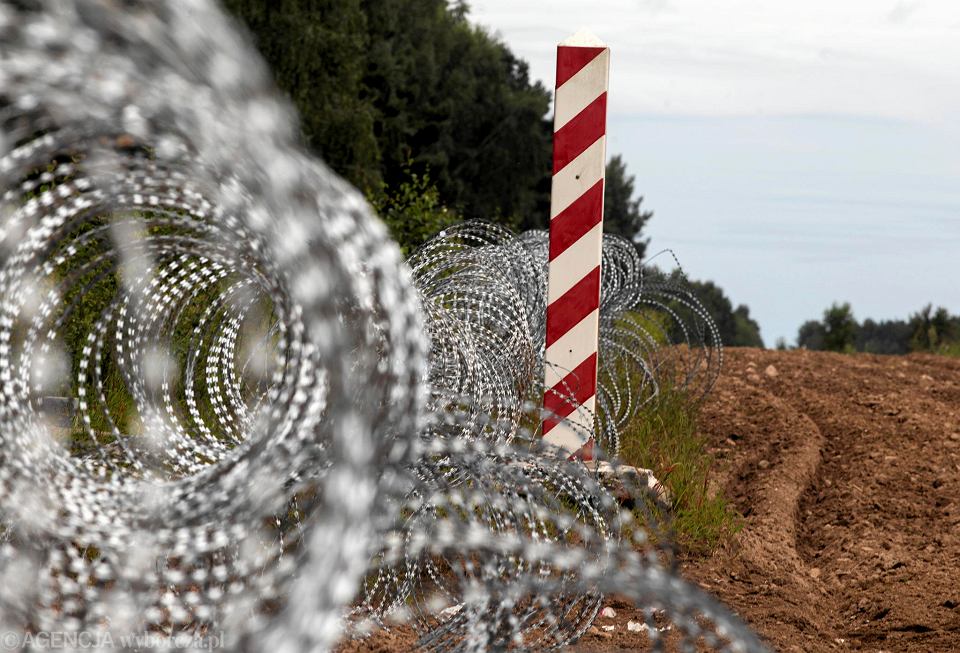 We inform the authorities of the Republic of Poland and the public that we do not agree with the ban on journalists' work in the border area. The ban is contrary to the principle of freedom of speech, and manifests the unlawful obstruction of journalists' work and suppression of press criticism.
REKLAMA
Ten artykuł czytasz w ramach bezpłatnego limitu

The state of emergency, introduced by the government, on the entire length of the Polish-Belarusian border, rules out the activity of the media. The regulations allow free movement of persons and entities providing various services and conducting economic activity there - with the exception of journalists and social organizations. This is a clear signal that our presence is inconvenient for the government. This must raise objections.

We state that the actions of the authorities are contrary to the principle of freedom of speech, and they are also a manifestation of the unlawful obstruction of journalists' work and suppression of press criticism.

We inform the authorities of the Republic of Poland and the public that we do not agree with the ban on journalists’ work in the border area. It means depriving us of the ability to fulfil the mission of our profession and depriving society of the constitutional right to information.

We rely here on the opinions prepared at our request by a group of outstanding lawyers (dr Anna Rakowska-Trela, prof. Ryszard Piotrowski, prof. Ewa Łętowska and Helsinki Foundation for Human Rights. We would also like to remind you that on Sept 6th, assessing the state of emergency regulation, the Polish Ombudsman emphasized that the presence of the media is particularly justified in situations which "are directly related to fundamental human rights", and the exclusion of access to public information for journalists "increases the risk of uncontrolled spreading of untrue and unverified information or speculation, in particular on social media".

According to the European Convention on Human Rights signed by Poland, "everyone has the right to (...) to receive and impart information and ideas without interference by public authority", and the role of journalists in a democratic state is to inform the public about matters of significant social interest.

The authorities argue that the situation on the border poses threats to Poland. All the more necessary is the presence of the media (and social organisations), which are obliged to provide the public with an independent assessment of events, including the behaviour of the authorities, informing whether foreigners who are at the border are treated in accordance with the principles of humanitarianism and international law.

Even if the border zone is a region of a potential military conflict, in such areas the presence of the media and aid organizations is the most desirable. Eliminating them is unacceptable and inconsistent with the standards of a democratic state.

We appeal to the government to change the provision and allow the media and independent organizations to enter the area under the state of emergency.

The media participating in the action - regardless of the form of work they choose - declare solidarity against the actions of the authorities limiting our professional rights.

We criticize the actions of the Police Commander from Białystok against journalists of Onet who entered the area under the state of emergency on September 3, 2021. Not stopped by the state services, they reached Usnarz Górny. When Onet broadcast the recorded material, the spokesman and then the Police Commander from Białystok contacted the journalists and invited them to "quietly settle the matter". It turned out to be a "trick" ridiculing the state services. The recording was  confiscated from journalists and they faced criminal charges.

We ask the public to understand and support our actions. We emphasize that the purpose of the initiative is not to counteract the decision to introduce a state of emergency. Even if this decision was fully justified, it does not mean that its implementation is to take place without social control.

Our only goal is the realization of the journalists' right to work for the public, ensuring that the truth about the events, especially those so interesting to the public and crucial for democracy, reach the society.

The published statement was signed by 30 national media and journalistic organizations. Our initiative may be joined by other Polish media, including local ones, and we ask all citizens to share information about it.