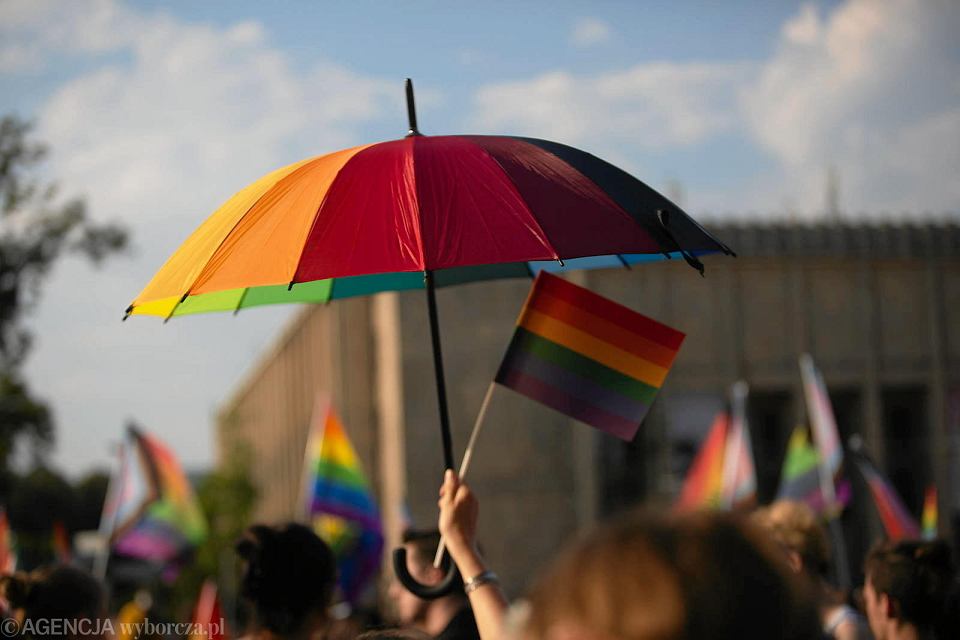 On Friday (September 3), governors of the Małopolskie, Lubelskie, and Świętokrzyskie provinces (which signed anti-LGBT declarations, or, more specifically- resolutions "opposing the introduction of LGBT ideology into local communities") and from the Łódzkie and Podkarpackie province (which signed the Local Government Charter on the Rights of the Family drafted by the ultra-conservative organization Ordo Iuris) received letters from the European Commission.

The governors were informed that the Commission is suspending talks with their regions regarding the payout of funds from REACT-EU - a pandemic recovery assistance program supporting, among other things, small and medium-sized companies, as well as the development of local healthcare systems.

According to our information, the total amount of frozen funds exceeds EUR 126 million.

The message coming from Brussels is clear – as long as the discriminatory resolutions remain in place, the REACT-EU funds will be off-limits.

"The actions of your regional authorities, which adopted declarations, statements or resolutions branding LGBTIQ community postulates as "an ideology" and declaring their territories LGBTIQ-unwelcome, put into question the capacity of regional managing authorities to ensure compliance with the horizontal principle of non-discrimination. The Commission would like to stress that declaring LGBTIQ-free/unwelcome territories, workplace or services constitutes an action that is against the values set out in Article 2 of the Treaty on European Union. Therefore, we will put on hold the REACT-EU programme amendments in relation to your regional operational programmes"- reads the Commission's letter, made public by activists associated with the Atlas of Hate, an online project mapping Poland’s "LGBT-free zones".

According to our information, the region of Małopolska (Lesser Poland) is likely to lose the most (over EUR 33.5 million) under the REACT-EU program. Łódzkie province will be short of 26 million euros, Lubelskie almost 26 million, and the Podkarpackie region is bound to lose as much as 24.6 million. The list closes with Świętokrzyskie- almost EUR 16 million put on hold.

However, as reported by our sources in Brussels, even if the funds are indeed suspended, Poland will not lose the money -one of the scenarios foresees a redistribution of the funds among provinces that did not adopt the discriminatory resolutions.

How much money is at stake?

Yet, according to our sources, putting the REACT-EU funds on hold is only the beginning. Negotiations on the disbursement of the 2021-27 regional cohesion and development funds are just around the corner. Among other things, the funds are supposed to foster: infrastructure, roads, culture, urban revitalization, education, photovoltaics, etc. Should local governments decide not to repeal their discriminatory resolutions, they might lose these funds, too.

In this case, the stakes are even higher - Świętokrzyskie province could miss out on EUR 1.4 billion. Małopolskie- as much as EUR 2.32 billion. In total, EUR 10.47 billion is at stake.

Poland still hasn't received EUR 57 billion from the Recovery and Resilience Facility (neither did Hungary). As we reported last week, the Commission is holding off its approval for Poland's national recovery and resilience plan due to its concern about judicial and media independence, as well as Poland’s recent efforts to undermine the primacy of EU law.

Brussels to launch an infringement procedure against Poland

The letter from the European Commission is no longer just mere finger-wagging. It is a clear indication of what will happen if the Polish government and local governors continue on their homophobic course.

In mid-July, the European Commission initiated formal infringement proceedings against Poland and Hungary for "failing to fulfill the obligations of a Member State under the EU Treaty". In other words: the Commission holds that the Polish and Hungarian governments violated EU regulations on the duty of loyal cooperation between the EU and respective member states.

Poland’s Ministry of Foreign Affairs has two weeks to respond

We got hold of a letter that the EU Commission sent to the Polish Ministry of Foreign Affairs. The document makes clear that for over six months the Commission has been trying to obtain a statement about the so-called anti-LGBT resolutions. Earlier, the matter was dealt with by the European Parliament, which publicly condemned the homophobia of the ruling Law and Justice party on two separate occasions.

The Ministry has only nine more days to respond before Brussels launches a formal infringement procedure against Poland. The deadline is September 15.

- After that, the Commission may decide to send a reasoned opinion to Poland and Hungary and then refer their cases to the European Court of Justice- said Christian Wigand of the European Commission.

This situation not only weakens Poland's negotiating position in the EU but also opens the door to further restrictions.

PiS will try to change the optics

According to our information, the ruling camp is planning to introduce a single, joint declaration for all local governments that have passed the discriminatory resolutions and are facing the prospect of losing EU funds. However, details about the exact content of the declaration remain unknown.

At the beginning of last week, Jan Duda, the president’s father, who heads the Małopolska regional assembly, enigmatically announced that "work on the declaration is in progress". - We're not going to use the word "LGBT" in the declaration," he said, confirming reports that he intends to cover up the discriminatory declarations by shifting the semantics. The change would consist in erasing some words, such as "ideology" or "LGBT," and shifting the emphasis onto strengthening the role of the family.

However, modifying the optics is unlikely to bring about a real change. As Grzegorz Piechoński, legal advisor to the office of the Małopolska region governor (aligned with the Law and Justice party), points out: "It is recommended that the declaration be repealed in its entirety (...) Changing its provisions could be seen as maintaining the overtones of the declaration, to which the EU Commission had reservations".