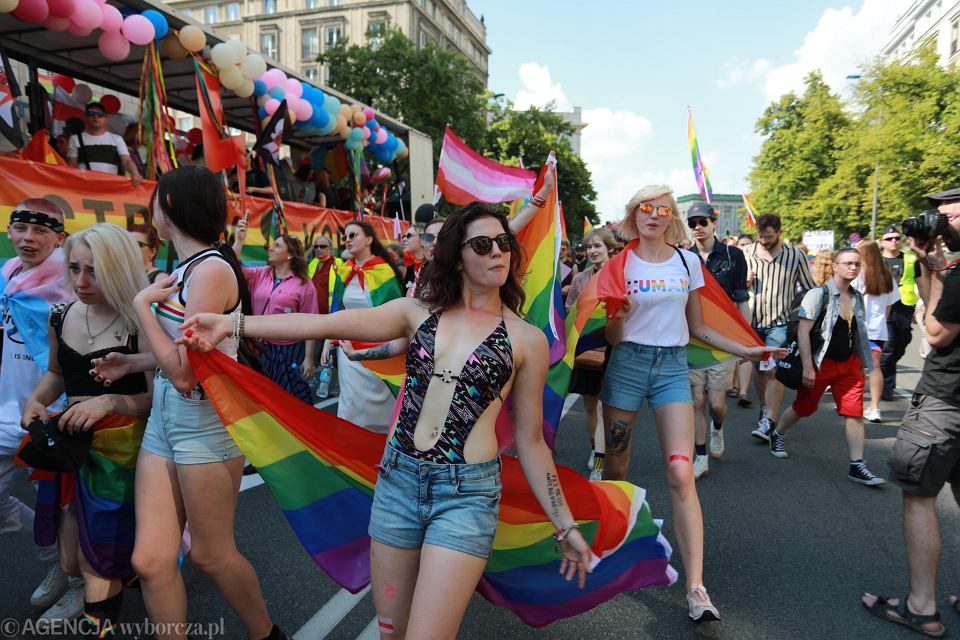 On Saturday, Poland's largest pride parade has returned to Warsaw after a year-long break. Despite the scorching heat and an increasingly hostile political environment, thousands have marched the streets of the Polish capital in support of equal rights and fair treatment for LGBT people.
REKLAMA
Ten artykuł czytasz w ramach bezpłatnego limitu

On Saturday afternoon, groups of colorful, cheerful people started gathering in front of Warsaw’s iconic Palace of Culture and Science to take part in the 20th edition of Poland’s annual Equality Parade. The event has returned after a year-long, pandemic-induced break.

- A lot of bad things have happened during the last two years. But as a community, we are returning to the streets even stronger than before. Today, our hearts are also in Budapest, and in Minsk. I hope that today’s parade will be good, wise, and joyful- began one of the organizers.

Initially, this year’s parade was supposed to be canceled as well. The decision to organize it after all came at the last minute, but the event had to be broken up into several smaller gatherings. 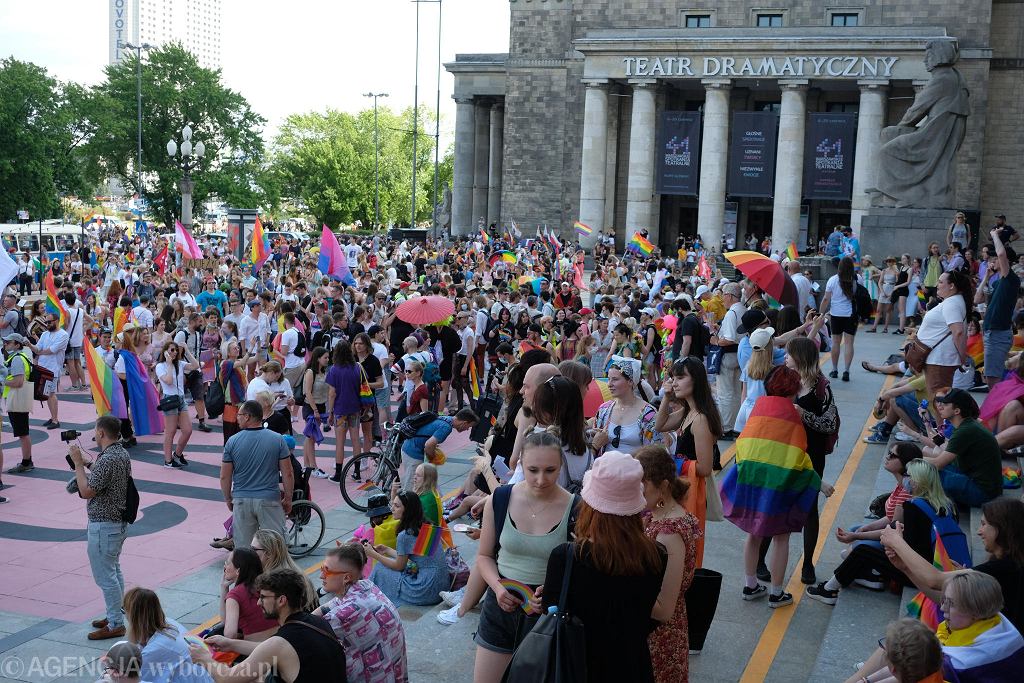 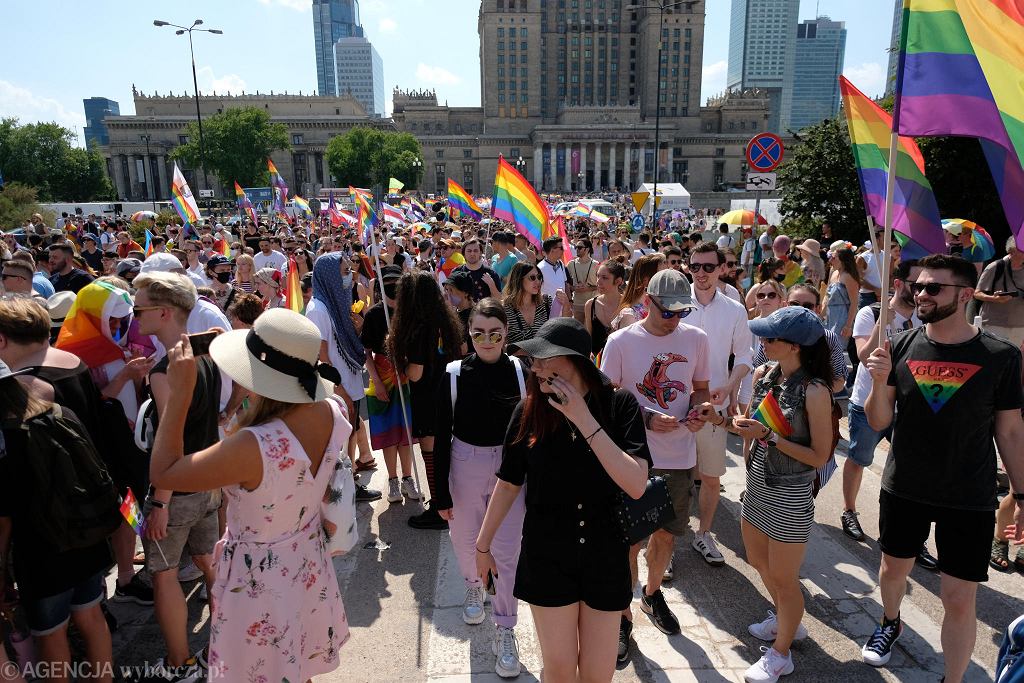 Equality Parade 2021. "They always told me I was a weirdo"

The atmosphere was peaceful, colorful, and picnic-like. Estimates speak of several thousand participants, but breaking the all-time record was not the point. Despite the picnic-like format, however, this year's Equality Parade took place under unusual circumstances, not only because of the pandemic. Above all, the event was an opportunity to manifest one’s opposition to an increasingly hostile environment and the state-sponsored hate campaigns facing non-heteronormative people in Poland.

But beyond its political dimension, the Parade also had a brighter side. For many people who are subjected to everyday oppression, it was a celebration of a shared experience. Here, they had the opportunity to feel free. The crowd was diverse, but it was dominated by young, and even very young people. 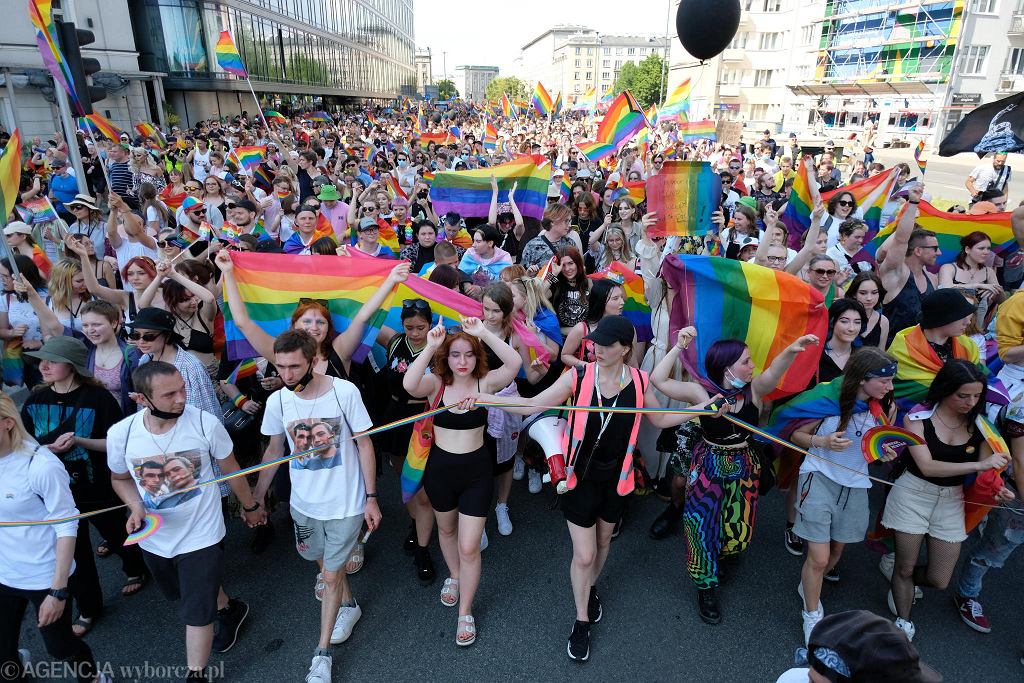 - I grew up in a country where I was told I was a weirdo. Today, by being here, we can prove it’s not the case. LGBT people have always been part of Polish history- said Julia, one of the participants, just as the parade was passing a mural promoting an LGBT-themed Netflix series.

Many of Warsaw’s cultural institutions have also shown their support. Their representatives carried a sign saying: "Cultural institutions for equality". Among others, the directors of Nowy Teatr, Museum of Modern Art and TR Warszawa marched in the parade. The city of Warsaw posted an impressive bird's eye view of the marching crowd on its Facebook profile.

Warsaw Equality Parade. "Your neighbor is a lesbian"

There were no counter-manifestations on the parade route. Instead, demonstrators met with many friendly gestures. People greeted each other from the balconies, waving rainbow and national flags. A girl named Lulu came to the Equality Parade with a banner saying "Your neighbor is a lesbian". - I want people to understand that non-heteronormative people are not an abstract concept, they live among us. They bake cakes and greet each other on the staircase- she said. It was already her fifth parade.

Szymon, who came with his daughter (7) and son (9), spoke in a similar tone. -They have been coming to the Parade since they were born- he said. This was already the second Parade when his family walked the entire route.

- For non-heteronormative people, the Parade is often the only day when they can walk around the city holding hands and feel safe- Agnieszka Dziemianowicz-Bąk, a member of the New Left party, pointed out. 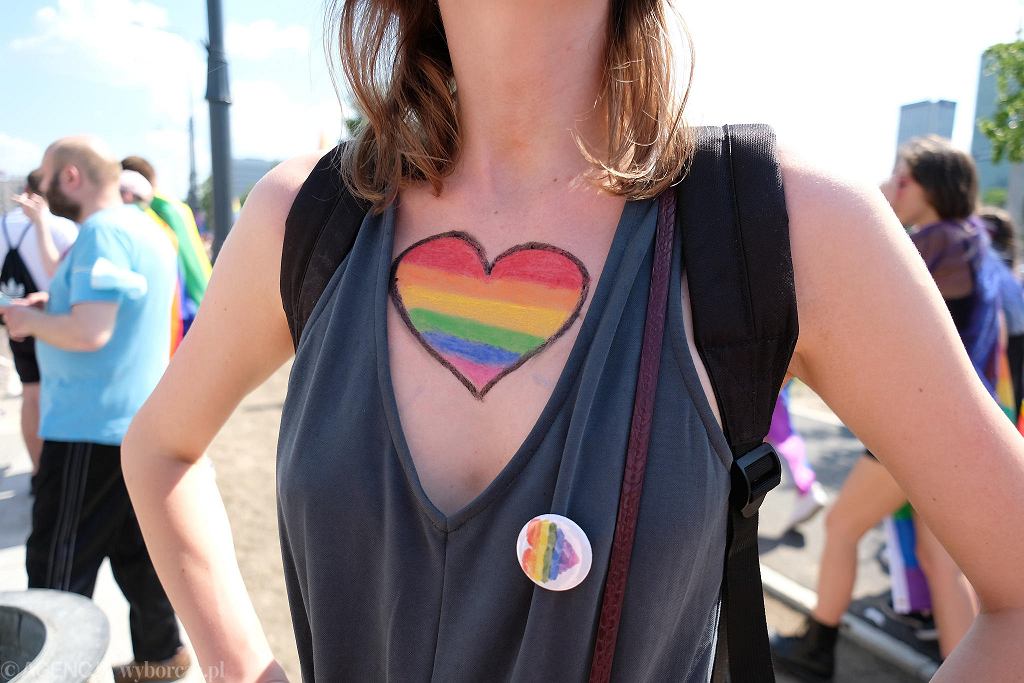 The mayor of Warsaw supports the parade

The Women's Strike movement had a strong presence at the Parade, too. Jana Szostak, the Belarusian artist fighting for freedom and human rights in Belarus, was there as well.

Rafal Trzaskowski, the mayor of Warsaw who once again declared his support for the event, walked at the head of the parade. - I welcome a tolerant Warsaw- he said shortly before the start of the march. - The parade is a celebration of all those who are tolerant. I am giving it my patronage for the second time. I give you my word that we will always stand by the weak, this is what local government should do. Have fun - he said.

Bix Aliu, Chargé d’Affaires at the US embassy in Warsaw, has also joined the Parade. Commenting on a group photo of employees of the US embassy and other representatives posted on Twitter he wrote: Let's choose love, not hate. Along with my colleagues at @usembassywarsaw and representatives from other embassies, I attended the #ParadaRównosci today with great joy. We support tolerance, equality, and human rights for everyone.

"The Polish society has changed, but the law remains the same"

A noisy police helicopter was constantly circling above the parade. Groups of police officers walked continuously along the marching columns. They looked and acted rather neutral – unlike in previous years, this time they did not even carry helmets and shields. There were also officers on horseback.

- On the one hand, I am happy that we can joyfully celebrate in the streets of Warsaw, but the 20th anniversary of the first Equality Parade makes me reflect on the fact that while Polish society has changed over the past 20 years, the law has not. On top of that, we have to deal with acts of homophobia sanctioned by high-level government representatives- said Krzysztof Śmiszek, member of the New Left. - But the more the authorities bully people, the more likely it is that the pendulum will swing the other way. Therefore, I am optimistic and I hope that soon everything will change.