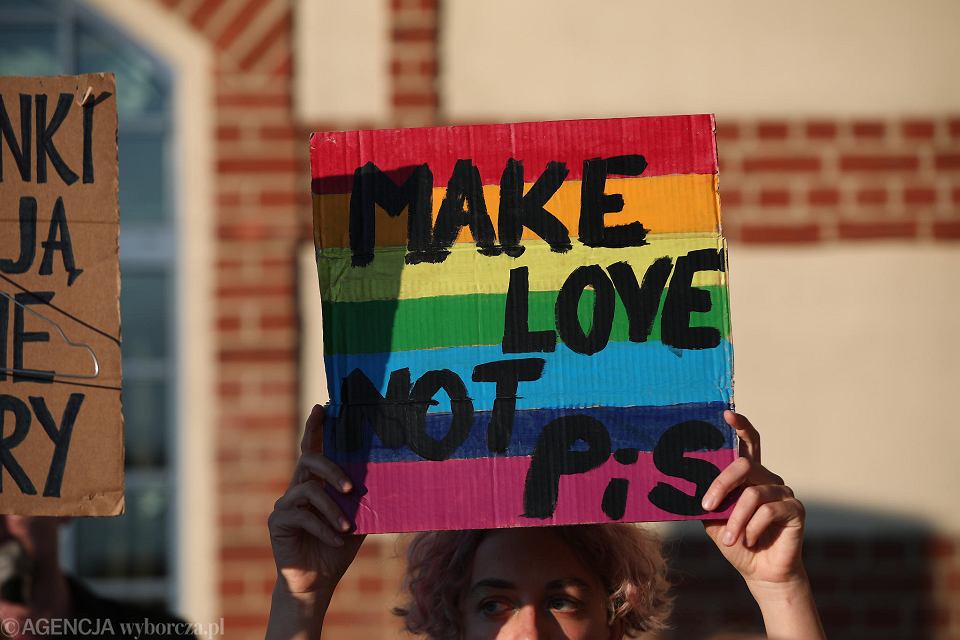 An art installation composed of protest signs from the Women's Strike marches has been taken off the museum's exhibition program for being too "politically charged". The artwork was supposed to be part of an exhibition opening this year's edition of the Kraków Photomonth Festival.
REKLAMA
Ten artykuł czytasz w ramach bezpłatnego limitu

„We’ve had enough", „My body, my choice", „I stand with my sisters", "No bans on choice", "God, I’m so sad". These and other protest signs from the Women’s Strike marches have been put together by Krzysztof Powierża and incorporated into an art installation. His collage of protest slogans was supposed to be part of the "Powaga sytuacji" (The Gravity of the Situation) exhibition shown at the Cricoteka Museum during this year’s edition of the Kraków Photomonth Festival.

But the exhibition was never put on public display. On May 25, three days before the official start of the event, the organizers decided to take Mr Powierża’s artwork off the program, deeming it to be too "politically charged".

In a show of solidarity with Mr Powierża, other artists featured in the exhibition started to withdraw their work as well. The organizers of the Photomonth Festival offered to move the exhibition to a new venue, but the artists refused, criticizing the decision for being a politically motivated act of preventive self-censorship.

On Friday May 28 at 7:00 pm, on the opening day of the festival, protesters gathered in front of the museum where the exhibition was supposed to take place. They showed their discontent with what they saw as an attempt to silence politically inconvenient artists.

Artists stage a protest in front of the museum

It is worth noting that the venue in question, the Cricoteka Centre for the Documentation of the Art of Tadeusz Kantor, is a cultural institution subject to management supervision by the regional government controlled by members of the ruling Law and Justice party.

Joanna Gorlach, one of the festival organizers, has told the media that this year's 19th edition of the Kraków Photomonth Festival was intended to encourage dialogue and the exchange of ideas. Tomasz Gutkowski, the festival’s director, mentioned that the event could take place thanks to funding from the city council and the Ministry of Culture. He then read out a statement in which he said that the opening exhibition (which never took place) was intended to be one of the festival highlights:

Three days before the opening of the exhibition, we were informed that the collage of protest signs from the autumn demonstrations following the Constitutional Tribunal's ruling could not be shown at Cricoteka due to its political character.

- Eventually, we decided not to put it on public display. (...) We are sorry that the political reality in our country forces institutions to act in this way- Mr Gutkowski added. 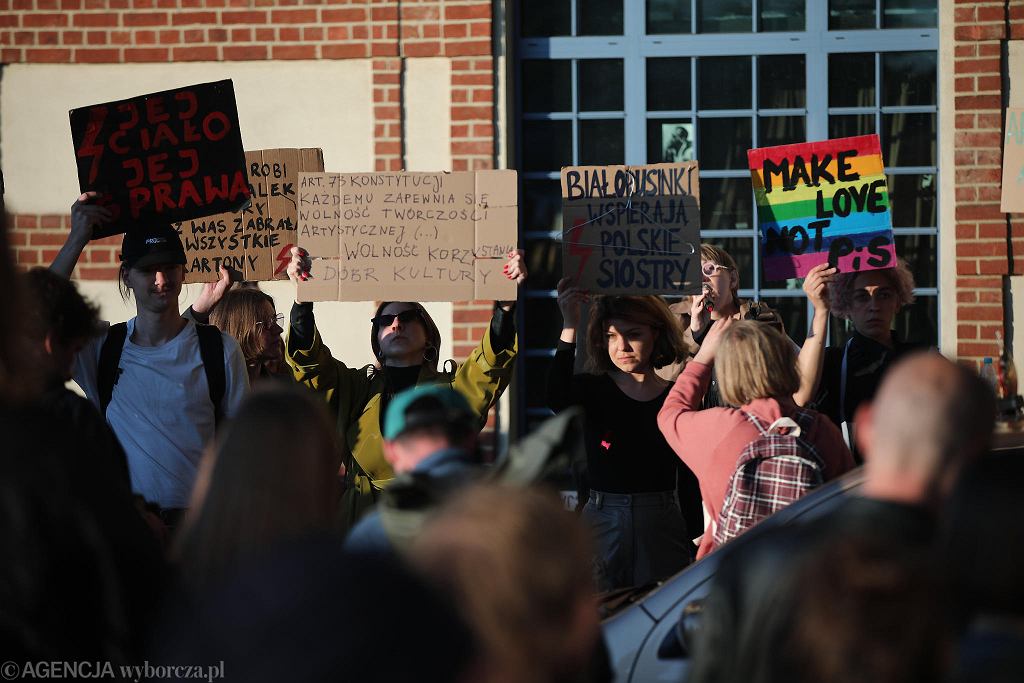 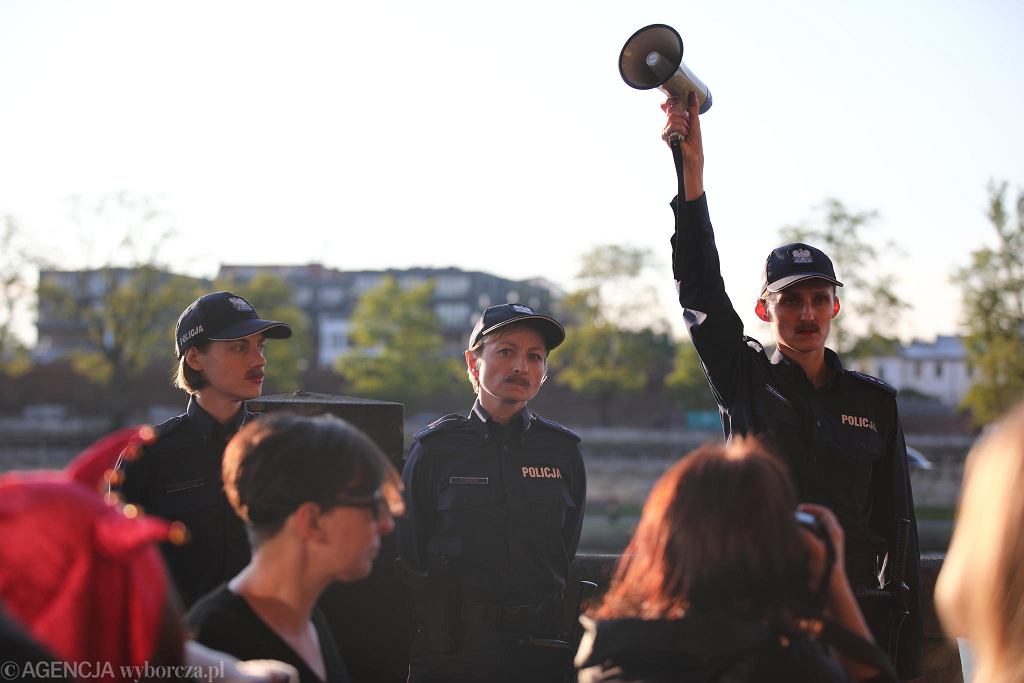 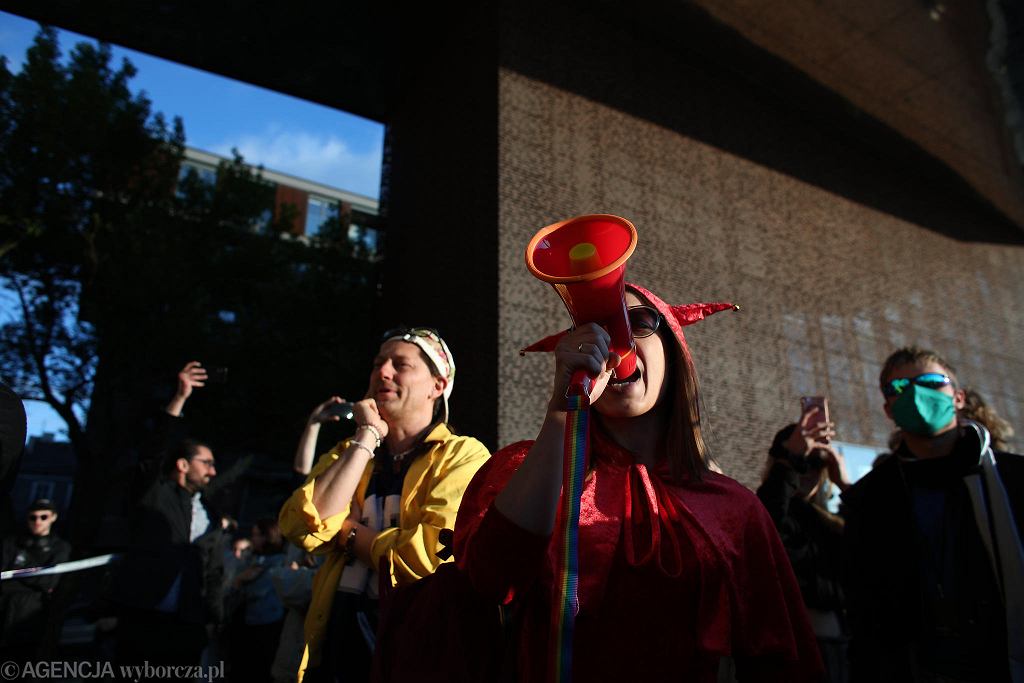 In the meantime, a car has pulled up at the protest venue. The vehicle was one of the exhibits. It was surrounded by a group of young people holding protest signs: "Make Love not PiS", "Let the artists die in the gutter", "Sisterhood, not blind obedience", "Stop censorship", "Her body, her choice". Fake police tape was put up around the venue area, and three people dressed up as police officers repeated the same message through a megaphone: "Attention, attention, we are in a state of preventive censorship epidemic. All persons and institutions contributing to the spread of the epidemic will be held accountable". The protesters shouted: "Kantor is turning in his grave, shame on you!", "Down with censorship!".

"The exhibition isn’t canceled. We will show it at a more convenient time"

Natalia Zarzecka, the managing director of the museum, tried to explain the decision. – Tadeusz Kantor, whose art has inspired the opening of our museum, consciously avoided getting involved in political conflicts (...). Cricoteka's exhibition program is addressed to the society as a whole, not just its part- she said, adding: - We believe that Mr Powierża’s installation can be interpreted as a manifestation of specific political views. It would thus interfere with the idea of our museum being a neutral space.

- I’m sure it was not an easy decision to make – said the exhibition curator, Agnieszka Reiss. - The situation in which everyone has found themselves is a kind of grim joke. This exhibition is somehow political, yes, like everything in our country nowadays. But this was not our intention. We wanted to deflate this pathos - Ms Reiss explained.

The management of the Kraków Museum of Photography commented: - It is not that the exhibition is canceled. We are only moving it to another place, another, more convenient time; a different state of focus.