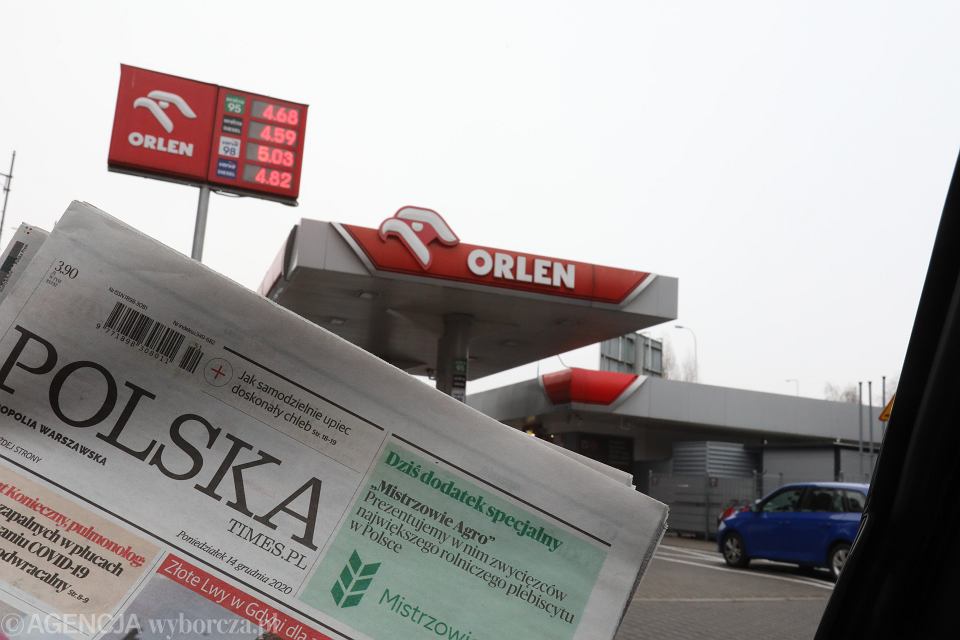 The appointment of Tomasz Przybek indicates that the media circle around the Karnowski brothers- journalists and editors of the pro-government right-wing populist weekly “Sieci”- is becoming an influential force in shaping the new editorial line of the Polska Press newspapers recently taken over by PKN Orlen.

Initially, after Dorota Kania, a former journalist associated with "Gazeta Polska" (another pro-government outlet), has joined the board of directors of Polska Press - it seemed that the group around Tomasz Sakiewicz, the paper’s editor-in-chief, would have the upper hand. Both groups (Sakiewicz and Karnowski) compete with each other for influence in the ruling camp.

Before his appointment as the new CEO of Polska Press, between January and October 2018, Mr Przybek sat on the board of directors of the Polish Press Agency. Before that, since July 2016, he was the president of the "Rzeczpospolita" Publishing Company owned by the state treasury. From June 2012 to July 2016, he was associated with Fratria (publisher of, among others, the pro-government weekly "Sieci" and the right-wing website wPolityce.pl) - where he served as the CEO and a member of the board of directors. The main shareholder of Fratria is the Cooperative Scientific Institute of Grzegorz Bierecki, the founder of the Polish SKOK credit union and a Law and Justice senator.

Polska Press announced the posting for the position of a new CEO last Thursday, but interested candidates could apply only until Sunday. The requirements included higher education, at least five years of professional experience, experience in managing teams, highly developed interpersonal, organizational and ethical skills.

How PiS took over regional media

Earlier this year, in mid-March, Poland’s central antitrust authority (UOKiK) approved Orlen’s acquisition of Polska Press. The transaction was finalized at the beginning of March, but the Court of Competition and Consumer Protection (a division of the District Court in Warsaw) suspended the unconditional purchase approval a month later. A motion to suspend the approval was submitted to the court by the Polish Commissioner for Human Rights Adam Bodnar.

Justifying his motion, the Commissioner wrote that "a company controlled by the State Treasury, and thus also government politicians, can easily influence the editorial line of individual editorial offices. In this way, they can transform free press into an instrument of government propaganda".

The Warsaw District Court suspended the takeover until the Commissioner’s complaint is reviewed, stating that that Orlen should refrain from implementing any ownership decisions.  But the state oil giant ignored the court order and began to change the management of the publishing group. Dorota Kania, formerly a journalist with the right-wing populist weekly "Gazeta Polska", became the new editor-in-chief responsible for all the company’s newspapers and a member of its board of directors.

At the end of April, the remaining two members of the old board of directors resigned from their posts: Dariusz Świąder and Magdalena Chudzikiewicz. The company is now managed exclusively by members of the ruling camp.

Recently, the new owner has sacked multiple editors-in-chief of Polska Press newspapers in one go, and Ms Kania is reported to have personally handed them the dismissals. Further layoffs are expected to take place still this month. According to our sources, the editor-in-chief of Gazeta Wrocławska is next in line.