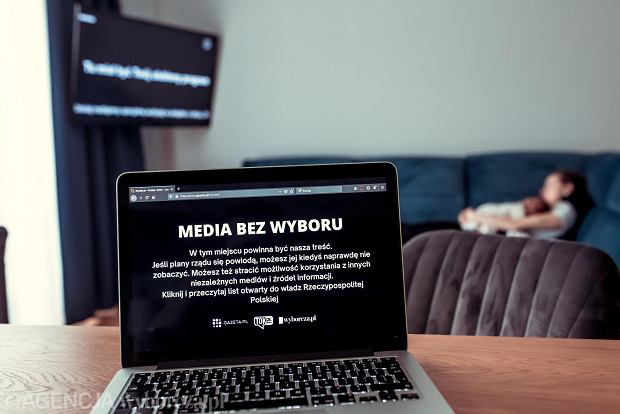 The newly proposed advertising tax on media and technology companies may seem rather complex and confusing. We break it down and answer the most frequently asked questions.
REKLAMA
Ten artykuł czytasz w ramach bezpłatnego limitu

What exactly is the new advertising tax?

Looking for additional resources to help fight the coronavirus pandemic, the government wants to introduce a tax on advertising revenue. However, the imposed tax rates will vary depending on the type of media. For instance: TV broadcasters, radio stations, cinemas, and outdoor advertising companies whose advertising revenue exceeds PLN 1 million will be taxed at a rate of 7.5%. A 10% tax rate will be imposed on media companies with advertising revenue of up to PLN 50 million. In the case of print media, the rates and thresholds will be lower.

Who will have to pay it?

The new advertising tax will be an additional levy imposed on radio and television broadcasters, publishers, cinemas, and outdoor advertising companies. While the corporate income tax (CIT) is a standard government charge levied on the media industry, in July 2020, as part of the so-called anti-crisis shield 3.0, the Polish government already introduced an extra fee on on-demand audio-visual media services (VoD tax).

Does it mean that media companies don’t pay any taxes?

They do, and the amount of taxes they pay isn’t small. The latest available data on CIT comes from 2019. Television broadcasters paid the largest share: Cyfrowy Polsat SA paid as much as PLN 96.42 mln in CIT, Polsat TV SA added PLN 91.36 mln on top of that. What about TVN? Here, CIT is split between two companies: TVN Media Sp. z o.o. and TVN SA. The first paid PLN 27.75 mln, the other one PLN 5.13 mln. How much did the public Telewizja Polska pay? PLN 7.37 mln. Canal+ reported no profit.

In the case of radio stations, Bauer Media Invest (the owner of, among others, RMF FM, RMF Classic, and RMF MAXXX) paid PLN 32.24 mln in CIT. PGK Eurozet (the group includes such stations as Radio ZET, Antyradio, Chillizet, Meloradio, Radio Plus) paid PLN 9.63 mln. And how much did the public radio broadcaster Polskie Radio SA contribute to the public purse? A little over PLN 25.000. No, this is not a mistake.

It seems clear that the allegations made against independent media for supposedly avoid paying their fair share are baseless. The advertising tax is just an additional burden.

How much money does the government want to raise through the new tax?

The government is hoping that the measure will add an extra PLN 800 mln to next year’s budget.

What would a levy on advertising revenue mean for media companies in terms of additional costs?

Prime Minister Morawiecki claims that the new advertising tax is mainly supposed to target digital platform companies such as Google or Facebook.

The Prime Minister might have said so, but even the government's own calculations show that global tech giants will pay much less than domestic media companies. While the state treasury hopes to receive between 50 to 100 mln zlotys from digital platforms, the burden of covering the remaining PLN 700 mln is supposed to fall exclusively on traditional media companies.

The EU and OECD countries are currently working on developing a legal framework for taxing digital services, and the Polish government has already once backed away from implementing a levy on digital platform companies in 2019 after being pressured by the former US Vice President Mike Pence. Taxing tech giants must be a joint effort. A single and coherent solution on the EU level is therefore necessary. The new tax is not aimed at global tech companies but is rather designed to hit Polish independent media.

How does the government plan to distribute the additional funds?

As much as 50% of the resources will go to the National Health Fund. The rest will be divided between the National Historic Landmark Protection Fund (15%) and the National Media Culture and Heritage Support Fund (35%). The latter is supposed to be a new special-purpose fund under the auspices of the Minister of Culture- Piotr Gliński. It is unclear, however, why the government decided that media should contribute to the preservation of historic landmarks and finance a new fund managed by politicians, especially during the pandemic.

So how much money exactly is supposed to go into the National Health Fund?

Where exactly will the money from the new culture fund go?

The money is to be spent on increasing the public’s knowledge and awareness, building platforms for information distribution and content analysis, building and developing information channels and platforms, and - important - "increasing the share of Polish content in the media". The last point sounds interesting in the context of the ruling camp’s “repolonization” rhetoric. Grants will be awarded by a five-member committee.

Will the new tax hit public media, too?

Even if the public broadcaster (TVP and Polskie Radio) ends up paying the advertising tax, the money will circle back to it. This is because their livelihood depends on subsidies from the state budget (ca. PLN 2 bln annually). In 2019, TVP received more than PLN 1.5 bln from the license fee. Moreover, looking at the fund’s stated objectives and the government's political agenda, one can assume that the fund will mainly support media that are favorable to the ruling camp.

How did professional organizations and associations react to the idea?

What is the real purpose behind the advertising tax bill?

Publishers, broadcasters, and experts openly say that the goal of the proposed legislation is not to support to the National Health Fund but to exert economic pressure on independent media in Poland. If their revenues are reduced, their value will also decrease. This, in turn, will make them an easy target for state-owned companies. It’s important to recall that at the beginning of December, the state oil giant Orlen announced its decision to purchase the Polska Press media group- the owner of 20 (out of 24) regional dailies, 120 local weeklies, and 500 web portals.

Is there a specific timeframe for the new tax?

In the justification for the draft bill, the authors refer to the new levy as a "solidarity contribution" intended to help fight the SARS-CoV-2 pandemic. Experts point out that if the goal is to specifically alleviate the burdens caused by the pandemic, the tax should be time-limited. In other words, it should not be open-ended.

Did private media companies refuse to show solidarity in the face of the pandemic?

Not only did independent media play a great role in informing the public about the dangers of the spread of the virus, but they have also kept the authorities in check, exposing many cases of abuse and scandals, such as the purchase of ventilators from an arms dealer. Burdening them with additional liabilities could drive many outlets into bankruptcy.

Who is protesting against the new tax?

Other than professional associations and organizations, more than 40 private media companies have also expressed their objection and prepared an open letter calling on the government to abandon the idea. On Wednesday, February 10, independent Polish media outlets organized an unprecedented protest - they stopped broadcasting their usual programs. TV channels and internet news portals showed black screens with the slogan "Media without choice". The new levy is not supported by the public either. According to a study by UCE RESEARCH and SYNO Poland commissioned by "Gazeta Wyborcza", as many as 70 % of surveyed respondents are against the introduction of the new "media contribution".

What happens next with the proposed advertising tax bill?

A draft bill introducing the new advertising tax is currently on the Council of Ministers’ list of proposed legislation. On February 2, the Ministry of Finance has set a two-week consultation period for the bill. Critical comments and remarks will be accepted via email.