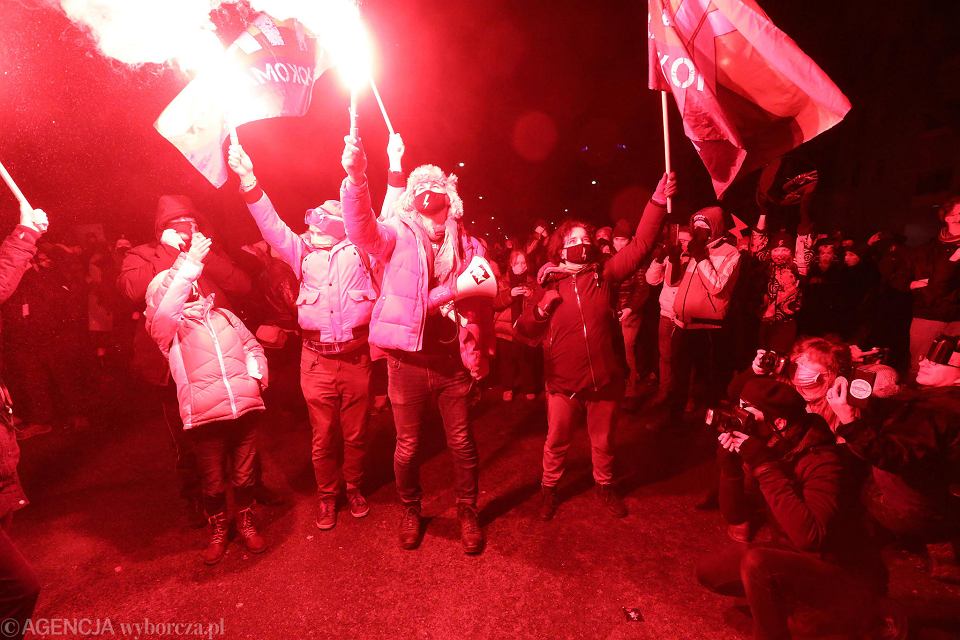 - The abortion ban does not mean that there are no abortions. It simply leads to abortions being available only for the rich - Marta Lempart, the leader of the Women's Strike, stated after the Constitutional Tribunal published the justification for its October ruling. In response, there were protests in at least 40 cities across the country, with more to follow in the upcoming days. On Friday, a large march against the abortion ban is planned in Warsaw.
REKLAMA
Ten artykuł czytasz w ramach bezpłatnego limitu

Yesterday, the Constitutional Tribunal published the justification for its October ruling banning abortion even in cases of lethal foetal defects. The government has announced that the ruling will be published quickly afterwards, which means that the verdict would come into force, practically banning abortions in Poland.

In response to the publication of the justification, a protest was organized in Warsaw. It began in front of the Constitutional Tribunal before proceeding through the streets of the Warsaw city center and arriving in front of the Law and Justice headquarters.

The Tribunal's ruling was published by the government before midnight, only after the protesters dispersed.

Protests were held throughout the country. Lempart reported that they took place in at least 40 cities.

At first, only several hundred people arrived in front of the Tribunal's headquarters in Warsaw, but the crowd grew with each passing moment. At its height, there were approximately 3-4 thousand people marching.  The protesters were accompanied by police units, however they were far less aggressive than during previous protests. This was despite the fact that in the early afternoon the police had already lined up rows of police cars in various streets of the city. It looked as if the officers knew that the justification would be published yesterday.

During the protest, the police cars were not blocking the route. The situation changed in front of the Law and Justice HQ, as the police officers blocked any possibility of approaching the building.

The activists marching at the head of the march also noticed the change in police tactics. - Well, guys, today you are walking with us, with the Women's Strike! - the activists shouted in the direction of the officers.

This time, instead of the police using loudspeakers to call the protesters to disperse, deceptively similar messages were disseminated by the protest organizers. They announced that the gathering was legal and that people should not disperse. And that the police were responsible for any potential damage.

"For now we do not have any information about anyone being detained, let's hope it will stay that way. If it doesn't - we will inform you right away and react accordingly". - the organizers announced as the protest was coming to an end.

Marta Lempart concluded the gathering by reminding the participants that Friday will mark 100 days since the beginning of the protests in defense of the right to choose and announced that the Women's Strike is organizing a large protest in Warsaw on that day. She also appealed for the participants to come out to the streets on Thursday evening as well by organizing street blockages to bring more attention to the cause.