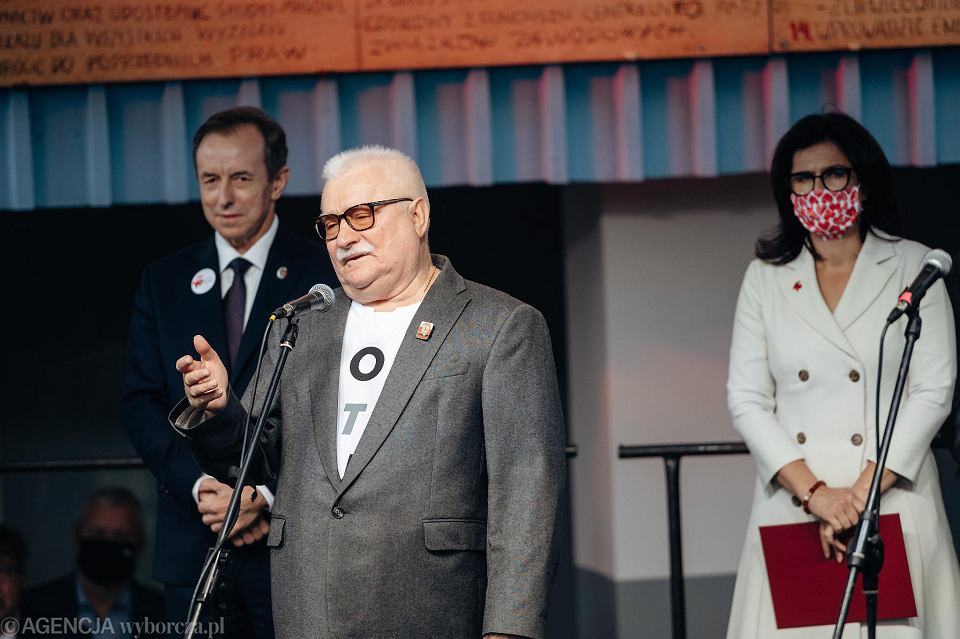 The Lech Walesa Institute announced legal steps to be taken against Dariusz Piontkowski, the Minister of National Education, who stated that schools should teach that Wałęsa was a communist agent.
REKLAMA
Ten artykuł czytasz w ramach bezpłatnego limitu

Dariusz Piontkowski, the Minister of National Education, was a guest of Monday's broadcast of RMF FM radio. Robert Mazurek, who hosted the broadcast, asked the minister who, in his opinion, overthrew communism and what would he teach Polish pupils about Lech Wałęsa.

Piontkowski about Walesa: Nobody is going to erase him from history

Minister Piontkowski's answer was as follows:

- Poles overthrew communism, because I will remind you that 10 million people joined the Solidarity movement. There has never been such a mass movement in the history of Poland and it was the mass scale of this movement that led to the overthrow of communism, although not without obstacles, because there was martial law in between the events of 1980/81 and 1989.

He also added that nobody is going to erase Lech Wałęsa from the school books, because he has forever entered the Polish history

The host asked whether the minister would tell Polish pupils that Lech Wałęsa was a communist agent or rather focus on the fact that he was one of the leaders and the face of "Solidarity".

- We need to teach about both," the minister responded.

Lech Wałęsa Institute: The Minister sets a bad example for the pupils

The Lech Wałęsa Institute reacted to Dariusz Piontkowski's statement. In an open letter to the Minister of National Education, Adam Dominski, head of the Institute, called on Piontkowski to take back his words and apologize - both to Lech Wałęsa, as well as to pupils and parents - "for trying to change history and mindlessly carrying out the orders of the ruling political party".

The letter also reads: "To this day, there is no credible evidence or any court judgment that would recognize Lech Wałęsa as an agent. You have allowed yourself to violate the personal rights of Lech Wałęsa and his immediate family. I remind you that Lech Wałęsa has been granted the status of a person wronged by the communist system by the court verdict and until this verdict is changed, you have no right, especially as a government official whose work is financed by taxpayers' money, to make allegations to the contrary. Your statement is emblematic of an apparatchik of the ruling party who does not deserve to control the education of our children. Science is an area of life that requires hard evidence and reliable verification of the facts before it is declared true or false. Instead, you have taken a shortcut, setting a bad example for all pupils.