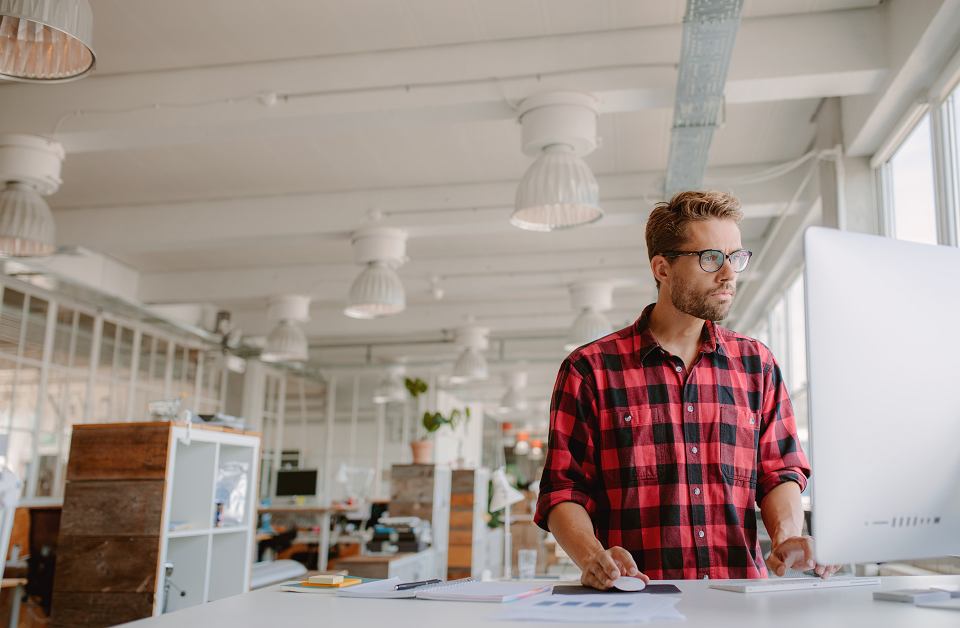 Some of your questions are only seemingly simple; behind each of them hides an individual story, sometimes one of difficult and dramatic decisions. Running a business in these times is an incredibly difficult task. But being a worker is equally challenging. Naturally, both employers and employees want to know their rights.

Legal experts from the following law firms are waiting for your questions:

Send us your questions: listy@wyborcza.pl

5. Can I apply for an exemption from paying social security contributions (ZUS) if I have already asked to defer the payment?

It is possible to file an application for exemption from the obligatory social security contributions even if an application for their deferment has been submitted earlier. If both applications are submitted, the Social Security Fund (ZUS) will make a decision most favourable for the payer.

Officially, if an application for the deferral of social security contributions (for the months between February-April) was submitted first, and the application for exemption from their payment (for the months between March-May) was submitted thereafter, then the social security contributions for February will be deferred and the contributions for the following months, i.e. March, April and May, will be exempted. Social Security Fund (ZUS) will make such decision ex officio, so there is no need to "withdraw" the first application.

However, it is worth remembering that the application for exemption from paying social security contributions should be submitted at the latest by June 30, 2020. Eligible for such application are:

Sołtysiński Kawecki & Szlęzak is a renowned Polish law firm providing legal services to clients in Poland and abroad. The law firm has been active on the Polish market for almost 30 years and currently employs a team of nearly 160 lawyers specializing in all areas of business-related law.

6. I am 57 years old and will retire in 3 years. I am employed by a state-owned company on an open-ended contract. Given the provisions in the “anti-crisis shield” act, can my employer fire me or change the conditions of my work and pay? The company employs over 1000 people, is not threatened with closure, and has functioning trade unions.

As for the worker protection period, it is regulated by Article 39 of the Labour Code - in the period of 4 years before reaching his/her retirement age, the employee may not be dismissed or his/her work or pay conditions changed. Exceptions are laid down in the provisions of the "anti-crisis shield".

According to article 15g of the “anti-crisis shield” act, for a period of up to 3 months, the employer may reduce wages by no more than 20%, with a simultaneous reduction of working time, or send employees to a so-called "downtime" and consequently pay them 50% less (but not less than the minimum wage, considering the working time conditions).

In both cases, the employer may apply for a subsidy for employee compensation. The “anti-crisis shield” act does not consider the reduction of compensation under the procedure referred to above as a change of employment conditions as defined by Article 43 of the Laobour Code, thus making it applicable also to a person covered by the worker protection period. 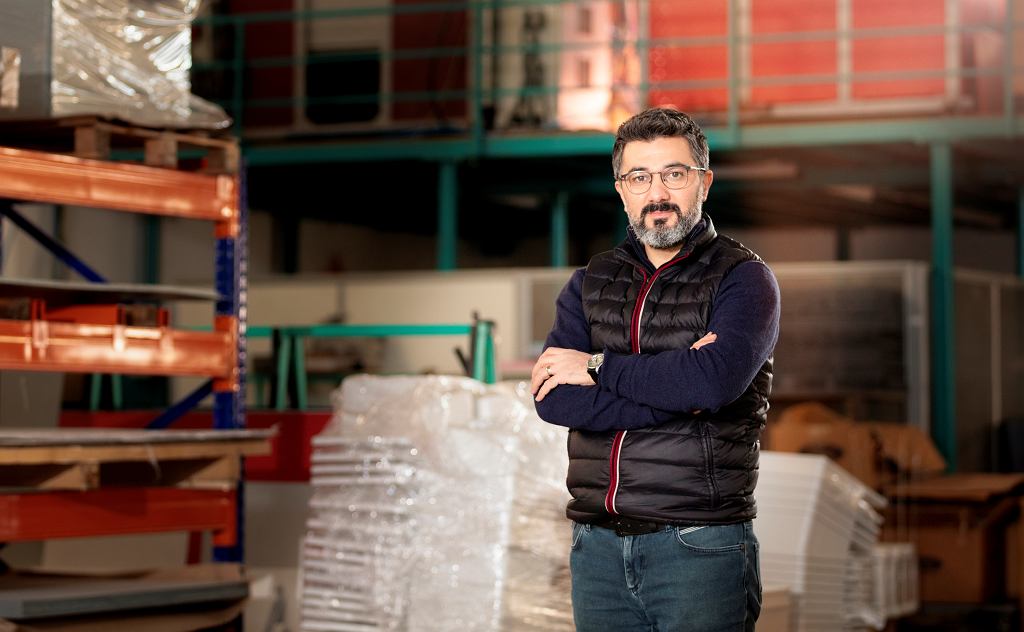 This solution, however, may be temporary and working conditions and wages will return to their previous levels at the end of the period agreed upon. The employer may take advantage of the solutions included in the “anti-crisis shield” act if all of the following criteria are met.

In a situation as described in the question above, the employer cannot dismiss an employee to whom the pre-retirement worker protection period applies. He/she may take advantage of the solutions provided for by the “anti-crisis shield” act and reduce the employee’s wage and working time by no more than 20% for a period of up to 3 months, or send the employee to a so-called “downtime” for the same period of time, which means a 50% wage reduction, which cannot be less than the minimum wage (PLN 2600 gross).

Possible reduction of a specific employee's wage will depend on the agreement signed by the employer and the trade unions. It may be stipulated that the wage reduction will not apply to people in pre-retirement age. Much depends on the employer's negotiations with the company's trade unions or elected employee representatives when there are no trade unions in the company.

FGGK Freliszka Gosk-Grodzka Karwowski Lawyers & Legal Counsels specializes in commercial law, criminal law, and the protection of business and intellectual property. Their reliable team has been providing legal assistance to businesses and private clients in Poland and abroad for over 10 years. It provides clients with advice and representation in legal disputes and transactions, ensuring full protection of their interests.

7. Considering I had no income throughout February and March, am I eligible to apply for an exemption from paying contributions between February and April?

Assuming that you qualify for an exemption from paying the obligatory contributions, the answer to your question is negative. You may take advantage of the exemption for the period between March 1 and May 31, but not February 2020.

The Polish regulations concerning COVID-19 allow exemptions from paying the obligatory Social Security, Health Insurance, Labour Fund, Solidarity Fund, Guaranteed Employee Benefits Fund or Bridging Pensions Fund contributions due for the period from March 1 to May 31, 2020, as shown in the settlement declarations submitted for this period. Therefore, in accordance with the regulations in force, February 2020 is not covered by the above-mentioned exemption.

Additionally, provisions named “shield 1” or “shield 2” respectively, require that the legal entity applying for the above-mentioned exemption should be reported as a payer of contributions:

Gide’s Warsaw Office, established in 1991, was one of the first international law firms in Poland. It provides comprehensive services in the field of commercial law, and its clients include financial institutions, banks, insurance companies, foreign investors, developers and state-owned companies. Paweł Grześkowiak, Joanna Jasiewicz, Magdalena Kalinowska and Adam Pawlak answer our readers.

8. For the past two years I’ve been self-employed, providing wielding services. In February 2020, my income amounted to PLN 150; in March, I had no income at all. Am I eligible for “downtime” benefits for March because of the “decrease in revenue”? If so, will I receive “downtime” benefits in the following moths as well, even if there is no “decrease in revenue” considering that March was “0” and April, as of 20.04.2020 was also no revenue at all?

A person running a non-agricultural business is entitled to a “downtime” benefit when, as a result of COVID-19, there is an interruption in business activity. “Downtime” benefit is granted only if the entrepreneur is not subject to social security on another account.

The benefit is granted provided that the person concerned has commenced business activity before February 1, 2020 and:

2) if business activity was suspended after January 31, 2020

Meaning: if you submitted your application in April, you will receive the “downtime” benefit. The benefit will be paid out as soon as the last necessary requirement for its granting has been validated.

Any following “downtime” benefits may be paid out not earlier than in the month following the month when the initial payment was received. Proving that the material situation has not yet improved since the last benefit was received is a necessary condition for granting another “downtime” benefit. As a rule, this means that the next benefit will be paid out if your income does not increase and therefore continues to be zero.

However, it is also worth mentioning that the criterion of revenue decrease as a premise for receiving “downtime” benefits does not apply to subjects who settle their tax according to the tax card and who benefit from value added tax exemption due to a sales value below PLN 200 000, as well as in the case when the application for “downtime” benefit is filed for by a person who has suspended a non-agricultural business activity after January 31, 2020.

If you settle the tax according to your tax card and at the same time benefit from the value added tax exemption, there is still a chance to receive another “downtime” benefit even if your income in April was not zero. However, as the “anti-crisis shield” act does not directly refer to such situations, we cannot be certain that such an interpretation will also be adopted by the Social Security Fund (ZUS).

JSP Jagodziński Skrzypek Legal Counsels is a modern law firm providing legal advice to Polish and foreign entrepreneurs and public entities, as well as advising individual clients within the private lawyer service. Moreover, it specializes in helping Swiss franc credit borrowers in disputes with banks. Its legal team consists of over a dozen experienced and effective lawyers.