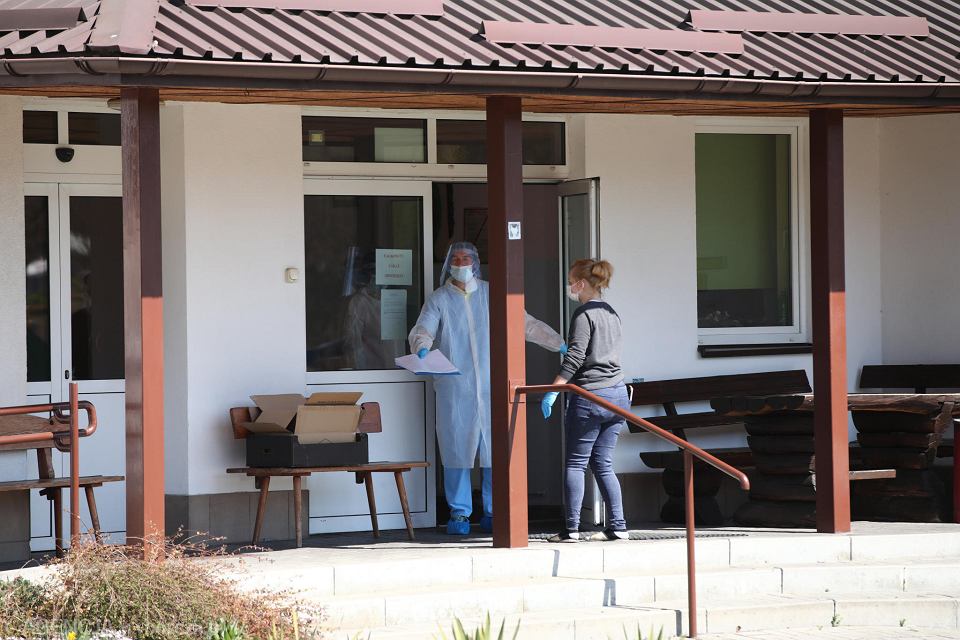 Up to 40,000 may die of the coronavirus in nursing homes, unless there is a quick state response. A dozen institutions are already quarantined and cut off from the world.
REKLAMA
Ten artykuł czytasz w ramach bezpłatnego limitu

- Do not ask if people in nursing homes will die because it’s already happening. The question is how many will die. We can only limit the number of victims – says Adam Zadwisny, the vice president of the Institute of Independent Life. There are approx. 150,000 residents of nursing homes, hospitals and psychiatric departments.

The number of infected there is rapidly growing like nowhere else and people there are completely defenseless in the face of epidemics – most are elderly with health conditions and live in large groups.

About 100 residents live in an average nursing home but there are institutions with five times the number of inhabitants.

Infections can run like an avalanche. The building is cut off from the world, usually with a very small number of staff inside.

In Radom, 23 patients and six staff members fell ill from COVID-19 in the care and treatment facility in Stary Goźdź. - Only two nurses and a doctor were left to care for 88 patients. One person volunteered to help - says Zawisny.

We have no more strength!

Several institutions, including state-owned homes for the elderly (DPS), have already been cut off:

* DPS in Kalisz with 177 residents and staff inside,

* DPS for children and adults with intellectual disabilities in Lubliniec in Silesia,

* DPS in Drzewica (Łódź Voivodeship), where 64 cases of the virus were detected among residents and staff during the weekend (two have already died).

A video aired by TVN24 shows a dramatic scene where a DPS employee in Drzewica shouts standing on a balcony: - We’ve been working for 48 hours. We really don’t have strength anymore. Please, please, do something about it!

Employees are often the ones who spread the virus

Non-governmental organizations warn that the scenario of the epidemic in Spain, France and Italy, where thousands of DPS residents have already died, may turn out to be the case in Poland. - In some houses even half of the inhabitants died. When the army finally arrived there with help, the soldiers found the corpses of the abandoned people - says Zawisny.

Up to a third of DPS inhabititants could die, over 40,000 people, if a similar crisis were to hit Poland, an open letter to the prime minister and president of Poland stated. The letter’s signatories included the Polish Forum of Disabled People.

Experts say cutting facilities off from the world is not a solution. The sick must be isolated from the healthy to improve the chances of survival for those who have not yet fallen ill. Support from the Civil Defense and Territorial Defense Forces is also needed in looking after residents, doing shopping and cleaning.

The Ministry of Family, Labor and Social Policy is responsible for DPS. The deputy head of the ministry, Iwona Machałek, appealed to the public to provide masks for the institutions. The ministry also announced the transfer of an additional 20 million PLN to DPS. The money comes from the budget's special-purpose reserve.

Voivods are to allocate 1.5 million face masks and disinfectants to centers by Easter. The Ministry of Health has asked employees who work in several nursing homes to at once limit their work to just one place.

– Because what we see now is often infections that come from one employee who works in several NPS – says spokesman Wojciech Andrusiewicz.